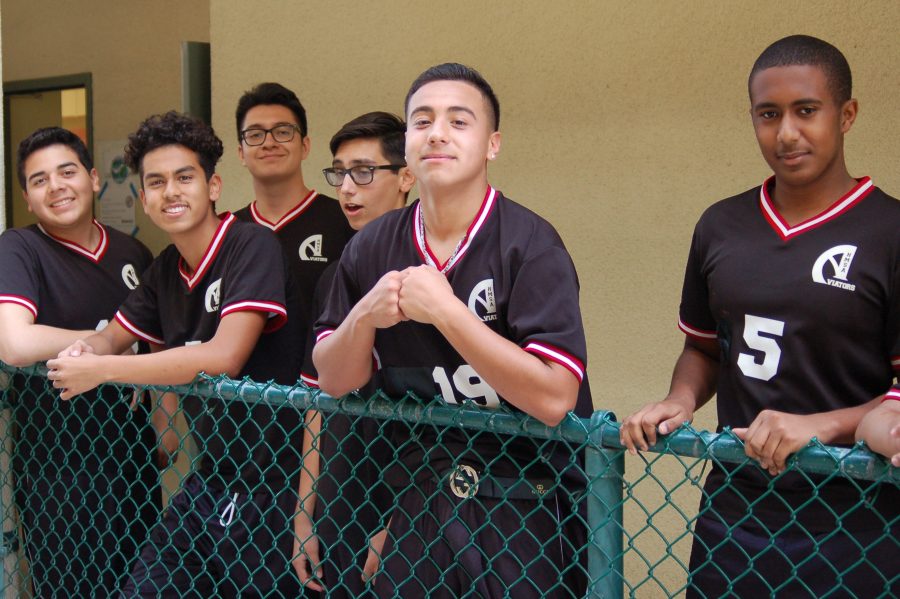 The boys volleyball team get ready for pep rally.

More Than Just a Team

The Boys Volleyball Team has concluded their 2016-2017 season after months of daily practices and hard-fought matches. This year, the team was considerably young due to the fact that several freshmen and sophomores joined the volleyball fraternity. However, all players put in their best efforts for the better of the team.

Before the season initiated, the team set goals for themselves like Mr. Severns states, “Our number one goal is always to make playoffs and have a winning season, unfortunately, we were a few points short from making it this year.” Even though the season consisted of challenges, many new players brought something to the game. According to Mr. Severns, several sophomore players such as Bryan T., Andres C., and more contributed the team’s overall season. In addition to them, Freshmen, such as Varsity setter, Jaylen L., “pleasantly surprised” Mr. Severns in that they stepped up to the plate when it came to pressure filled matches.

One can clearly see that the boys did not only compose a team but made up a brotherhood. Support on the court was continuously seen in more ways than one. Slaps on the back and high-fives were commonly spotted being shared on and off the court. However, something that was quite heartwarming to have heard was the cheers; the Aviator boys put their imagination to practice and created a cheer for the team. Each one containing a personal touch for a specific player. Just to name one, Captain Abdulkarim A. consistently heard his personal cheer, it goes, “That was so nice, it was creamy!”

The game of volleyball has essentially created a family with this group of talented boys.

In terms of gameplay, the Aviators were strong in many aspects of the game, but still persisted in improving their weak spots. They were smart when maneuvering along the net, making sure they did the most they could to prevent the ball from traveling onto their side of the court. Hustling around the court was, no question, a large part of their games as well. Being quick on their feet enabled them to save several balls that were either too long or too short. Even though at times defense was a little shaky, the Aviator boys would never give up and continue to put points on the scoreboard one play at a time. Each player brought special qualities to the game, starting from the pass to the hit.

Regardless, the difficult season did not impede Mr. Severns from summing up the season with the word “exciting.” Noticing the improvement in players and having them pour all their hard work on the court allowed for an exhilarating experience for both players and supporters.

Their familial ties along with their strategic play on the court made for an enjoyable and unforgettable season. I hope to be seeing this family of boys growing in the upcoming years.

If you want a picture to show with your comment, go get a gravatar.