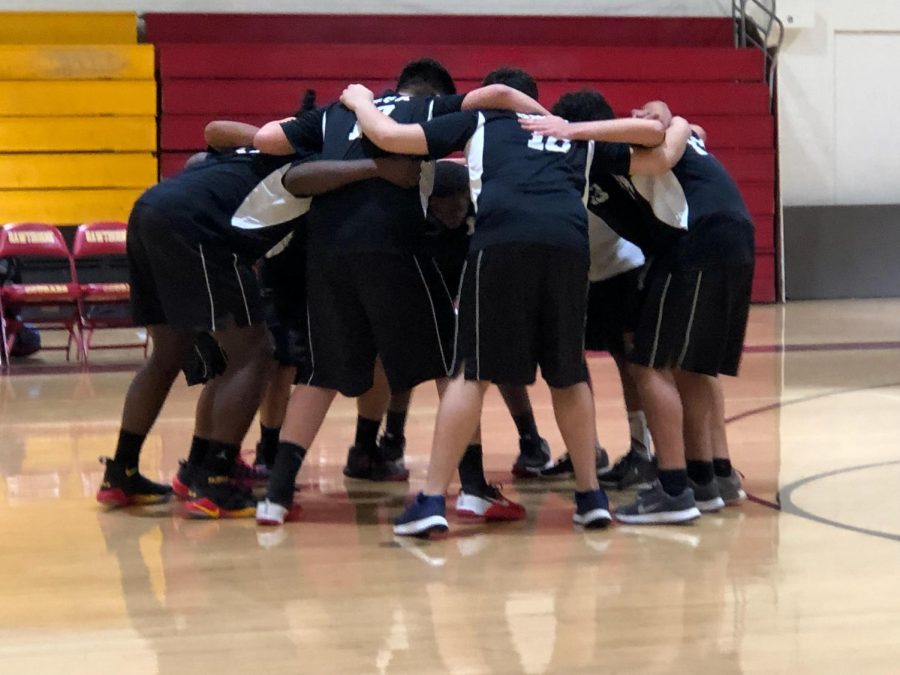 It’s the start of the HMSA boys volleyball season and there’s been a lot of hype for this upcoming season! To start things off, the team had their first season opener on Tuesday, February 27th, against DaVinci. HMSA ended up winning three sets to zero. With so much group effort and communication, it was a really great win to start the season. Hopefully that momentum and energy will continue throughout the rest of the season.

In a recent short interview, senior Mauricio O. commented on the team’s success and what it took them to get the victory against DaVinci: “The team was consistent throughout the game, always ready for the ball.” Seniors Omer B. and Ndubuisi A. were very consistent with their blocks and hits, thus making it possible for the HMSA boys volleyball team to make a lot of outs. During the interview, Mauricio went on to say, “We were able to keep the other team on the ropes the whole time with the digging from the passers and were able to win the game.”

In another interview, senior Erick Mejia gave his thoughts on Tuesday’s game against DaVinci. He said, “We came out with intensity and kept it throughout the three sets played.” Later on he added, “We celebrated success and communicated a lot during the game.” Indeed it was a great game for the team. A lot of communication, team effort, and confidence contributed to the victory against DaVinci. The boys are confident that they will have many more victories throughout the season. This game against DaVinci proved that the HMSA boys volleyball team will be challenging to beat this season. However, the boys are determined to keep practicing hard so that they can improve even more. Moreover, it was a great way to start the season opener with a victory. Let’s just hope that the HMSA boys volleyball team can carry their momentum and continue their effort in the upcoming games, and throughout the whole volleyball season. The boys, and Mr. Severns, are looking forward to the rest of the season. The Seniors are determined to make their final year playing in the team the best season yet.