Girls’ Volleyball Back in Action 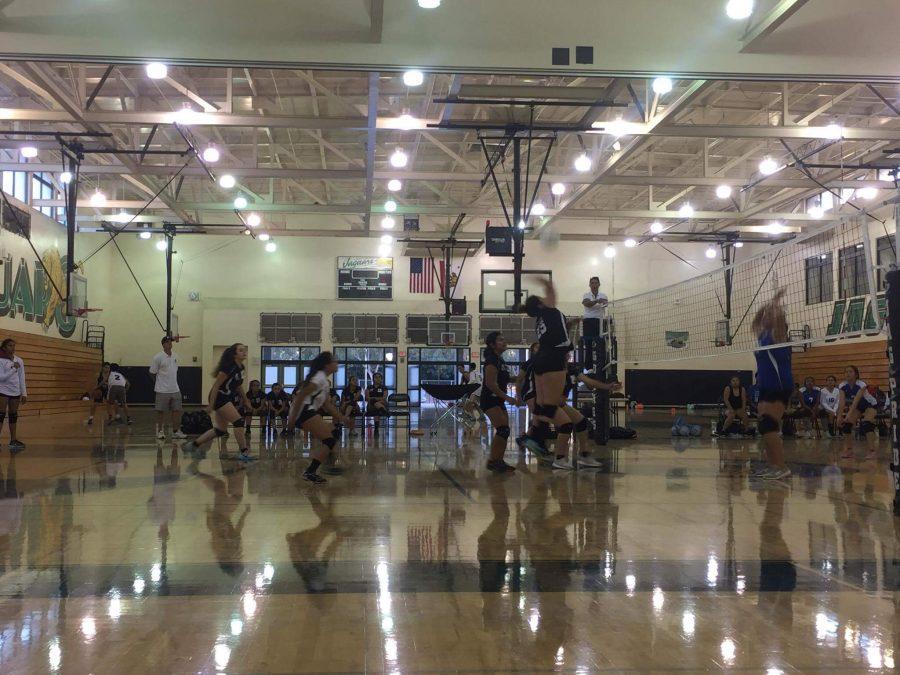 The Lady A’s Volleyball team began the season on a high note and the dream continues to shine brightly. Their current record is an impressive twelve wins to only three losses.

On October 6, 2016, the Lady A’s Varsity team played against CAMS, whom they already defeated this season prior to this game, at Cabrillo High School. According to senior Camille T., the overall atmosphere of the game was great; it was filled with a desire for victory and passion: “there was a lot of energy and spirit coming from the girls despite it being a late away game.” Staying motivated is always essential in every game, without it victory would be difficult to obtain. When asked who was leading the entire game, Camille T. stated that “[they]…(were)…[leading] everything since the beginning.” The Lady A’s motivation, coupled with their skills, allowed them to be the dominating force in the game.

The Lady A’s Varsity Volleyball team wasn’t the only team in the limelight. The JV team previously lost to CAMS during the first meet of the season. However, it was different this time: the JV team won their game against CAMS on October 6, 2016. The JV team came out strong and ended in victory against CAMS. Senior Leenah H. stated that “[the JV team] started playing and gained advantage in passing and serving. [They] started to feel good about the game.” Leenah H. also described the beginning of the game, during which the first few points to obtain were “tense.” However, as the game progressed, the players felt more comfortable and “owned the court.”

Overall, both  the Lady A’s Varsity and JV Volleyball teams have been playing exceptionally well this season. Thanks to the coaching of Mr. Kircher (Varsity & JV), Ms. Morris (JV), and their skills, they are one step closer to achieving their goal of reaching the playoffs.