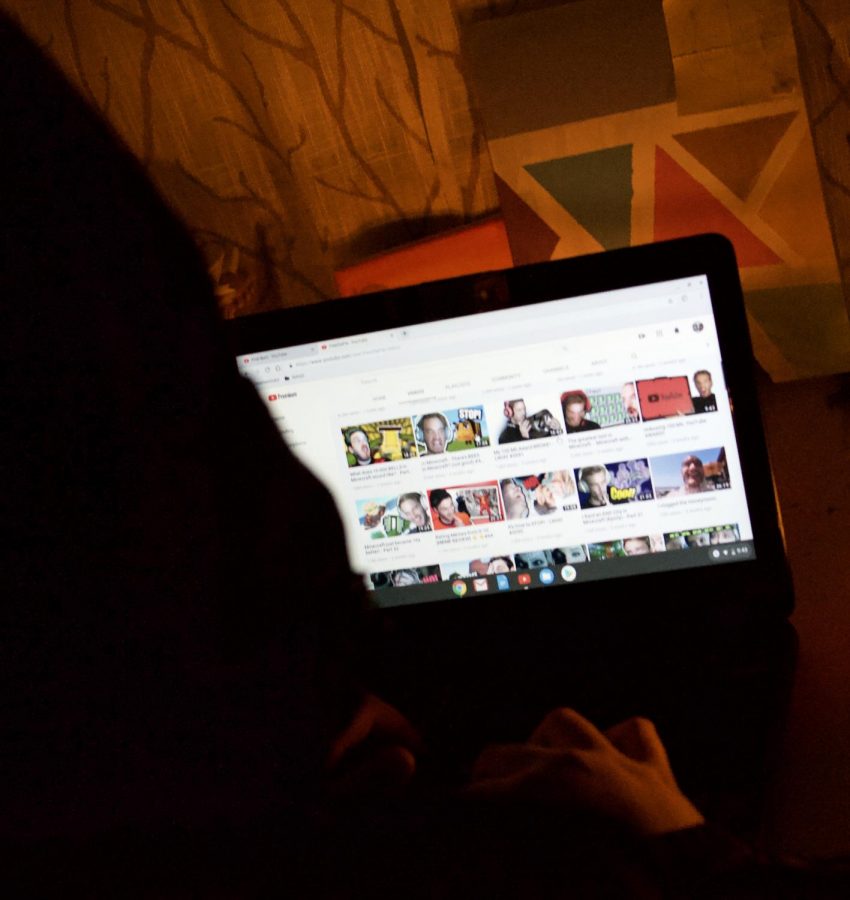 #10.) RackaRacka
Twin brothers Micheal and Danny Phillippou are the masterminds behind RackaRacka, a comedic skit channel. Since starting in 2006, the duo has accumulated 5.4 million subscribers. Most of their videos are live-action skits and short films that are outrageously played out. From Ronald McDonald shooting up a competing restaurant to two guys trying to do Mortal Kombat in real life, these guys have full reign over creating hilarious, gruesome content for mature audiences.

#9.) ExplosmEntertainment
With 9.8 million subscribers, ExplosmEntertainment’s videos are skits with a plot twist at the end. Their animations are compilations of short sketches filled with strange and shocking writing. The channel is meant for a mature audience.

#8.) Lindsey Stirling
From Santa Ana, California, fantastic violinist Lindsey Stirling has dedicated her channel to her skills, covering a variety of songs like the Skyrim theme and “Hallelujah” by Jeff Buckley. As other instruments play along with Stirling’s violin using different settings and costumes, Stirling’s channel has racked up over 12 million subscribers.

#7.) Filthy Frank
When he isn’t humiliating himself in public, George Miller, better known as Filthy Frank, makes over-the-top skits like “Vomit Cake” as well as edgy content like “Wheelchair Pimp” on his channel. He also produces edgy music videos like “Asian Pizza.” Best known as “Pink Guy,” Miller has an audience made up mostly of teenage boys. However, Miller discontinued his channel due to lack of interest and major health problems.

#6) Vsauce
Michael David Stevens, or Vsauce, is known for making educational videos that deal with scientific discovery, research, and possibilities. He mostly touches upon topics like psychology, physics, chemistry, astronomy, and biology, Stevens’ videos are filled with interesting facts, weird phenomena, and testing the limits of reality. In his videos, Vsauce might be discussing science and reality in a more philosophical viewpoint, or just might answer very bizarre and interesting questions. Vsauce’s content invites all people who are curious about the science world.

#5.) Ryan Higa
Ryan Higa, also known as “nigahiga” on YouTube, is Hawaii born. Higa is mainly known for his characters and skits. Other types of videos include his “Dear Ryan” series and skits mocking conspiracy theories or products.

Rooster Teeth, also known as Achievement Hunter, is an entertainment company as well as a YouTube Channel. Rooster Teeth is made up of many talents, editors, writers, and artists who work together to create content. Videos featured in their channel are mostly dedicated to gaming. Ranging from full featured animated series like “Red vs Blue” to short skits like “Rooster Teeth Animated Adventures,” Rooster teeth regularly does gaming Let’s Plays.

James Rolfe, or Angry Video Game Nerd, is another long lasting YouTube channel. Rolfe has become an Internet Celebrity, known for his character “The Angry Video Game Nerd.” James’ character is best known for his outrageous and hysterical bursts of rage filled with rants, outbursts and rampage; at times, he is visited by characters like Freddy Kruger, Bugzbuddy, or the Glitch Gremlin. What sets Rolfe apart from other game critics are the types of games and consoles he chooses to critique.

Coming at the top of the list, Swedish YouTuber, Felix Arvid Ulf Kjellberg, has gained 101 million subscribers since uploading his first video in 2008. Pewdiepie often makes content about video games, Let’s Plays, and at times other outlier videos, such as “Weird Stuff Online” or “MEME REVIEW.” Just like Filthy Frank or RackaRacka, Pewdiepie features videos containing ridiculous and weird humor that only a certain audience can fully indulge in. Pewdiepie entertains his viewers in each of his videos by making fun of controversies, doing Let’s Plays, or reviewing memes with his bizarre personality. He also makes over-the-top anime references, and when he isn’t behind his keyboard, he does hysterical activities in front of a green screen. What sets Felix apart from other YouTubers is his ability to build a relationship with his audience. With phrases like “Bro Fist,” he knows what kind of audience he has. Felix has grown alongside his fan base for over eight years, creating a strong bond with them. After nearly a decade on Youtube, people still enjoy watching Pewdiepie to this day, and he continues to receive much popularity and many views.